Microsoft bosses are pulling the plug on Windows Live Messenger after 13 years in the business. MSN as it was initially labelled back in the day, saw over 330 million users chatting to friends and family on the platform, with the addition of photo uploads, video interaction and games developed over this time. The tool became an instant (excuse the pun) hit for business and personal usage, with a large number of high-school children leading the uptake.

The decision to turn off the trusty site comes just 18 months after the announcement that £8.5 billion was to be spent developing the communications software for the product. There has been speculation as to why Microsoft has taken this bold move, but the main reason is numbers and focus. Comscore analysed the data captured to reveal that Windows Messenger Live still holds twice the amount of unique users as Skype’s instant messenger facility, and ranks second behind the most popular which is Yahoo Messenger. So why the sudden decision to drop such a well-used and well-loved platform? Decline. The report suggested that the user audience stands at just 8.3 million, representing a huge drop of 48% year-on-year, where as Skype users grew within the year.

Looking at the numbers above, you may think that Microsoft are shooting themselves in the foot if they choose to get rid of the messenger tool altogether? Their answer…Skype. Skype is a similar platform Microsoft developed and launched more recently in 2003. A tool most commonly known in the travelling industry for catching up with friends and family back home for free, is growing daily, and is predicted to overtake the number of users MSN once held. Some people may think that Microsoft set themselves up for this sort of number fall when taking on two, quite similar products – ultimately resulting in brand cannibalisation. Competing products from the same company can be seen as a healthy bit of competition, but when the end goal is trying to make money for the same business, it can go a bit awry. 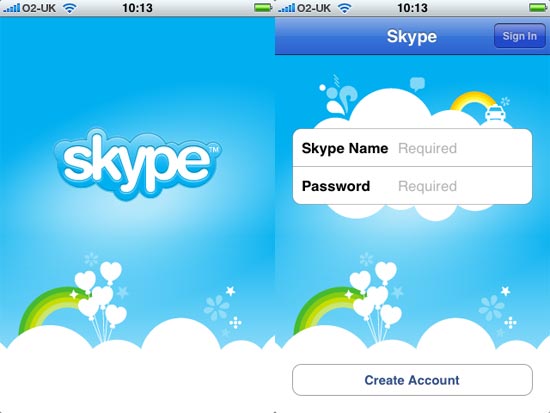 Either way you may look at it, it can only hold hope for Microsoft. Skype is a better and more solid platform to continue development for their other tools such as TV channelling and the X-Box, creating and allowing more versatility than MSN once held. The factor of losing out to competing business from other brands is a risk worth taking, but with the security of Facebook coming on board with Skype, creates the illusion that Microsoft may just take the top spot in the instant messenging stakes once again in the not too distant future.

Windows Live Messenger is set to ‘retire’ in March 2013 (with the exception of China), with the chance to move contacts over to Skype.